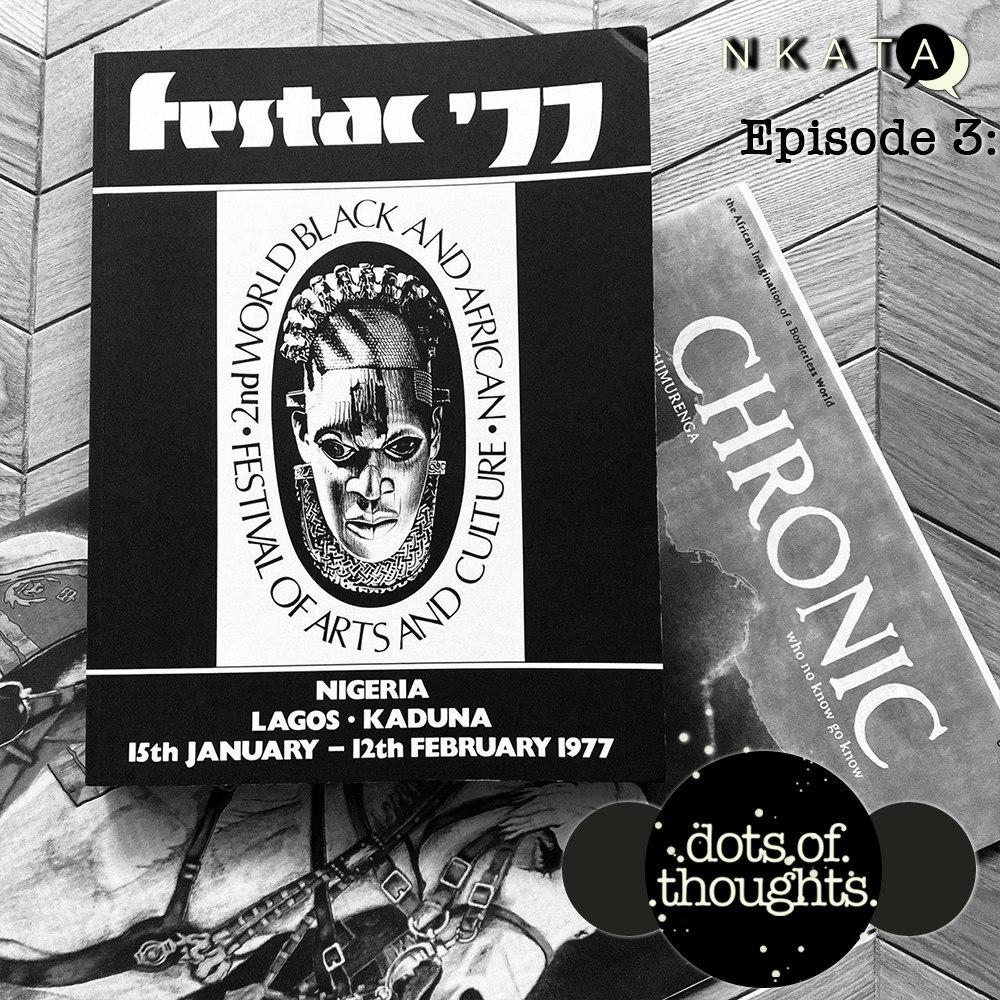 In Episode 3 of Dots of Thoughts (DoT), Emeka Okereke reflects on a book which preoccupied him of late: Festac ‘77. This book, “decomposed, an-arranged and reproduced” by Chimurenga the Cape-Town based Pan African art space/publishers, is a compilation of the 2nd World Black and African Festival of Arts and Culture which took place in Nigeria, in 1977. It was an epic event that Ntone Edjabe, founder of Chimurenga, placed on the same historical pedestal as the Great Pyramid. The Festival brought together some 30,000 black artists and scholars from 56 different countries of Africa and the Diaspora to present, converse and debate African/black art and ideologies.

Emeka Okereke (in Berlin) connected with Ntone Edjabe (in Cape Town) via a phone call to discuss the intentions, thought processes and conceptual positions which necessitated the book. Okereke suggested a descriptive premise as “anti-book” evidenced in the book’s unconventional form-content relation. Edjabe expanded on the analogy by referencing Toni Morrison’s Black Book as a significant source of inspiration. Like Morrison’s Black Book, Festac ‘77 set out with the audacious goal to put in book form an “unwritable history and story”. The foremost aim was to “experiment with new forms of writing that can capture the complexity, the epic scale of an event such as Festac ‘77.” A book that would account for the opacity, incomprehensibility, inconsistencies that are the crossroads of any foreseeable (African) unity.

Join the conversation by leaving a comment on your preferred platform of listening.

Want to become one of the foundational supporters of Nkata Podcast Station, see our Patreon page: nkatapodcast/patreon