EP03: “No thank you – I will live up to the consequences” with Jihan El-Tahri 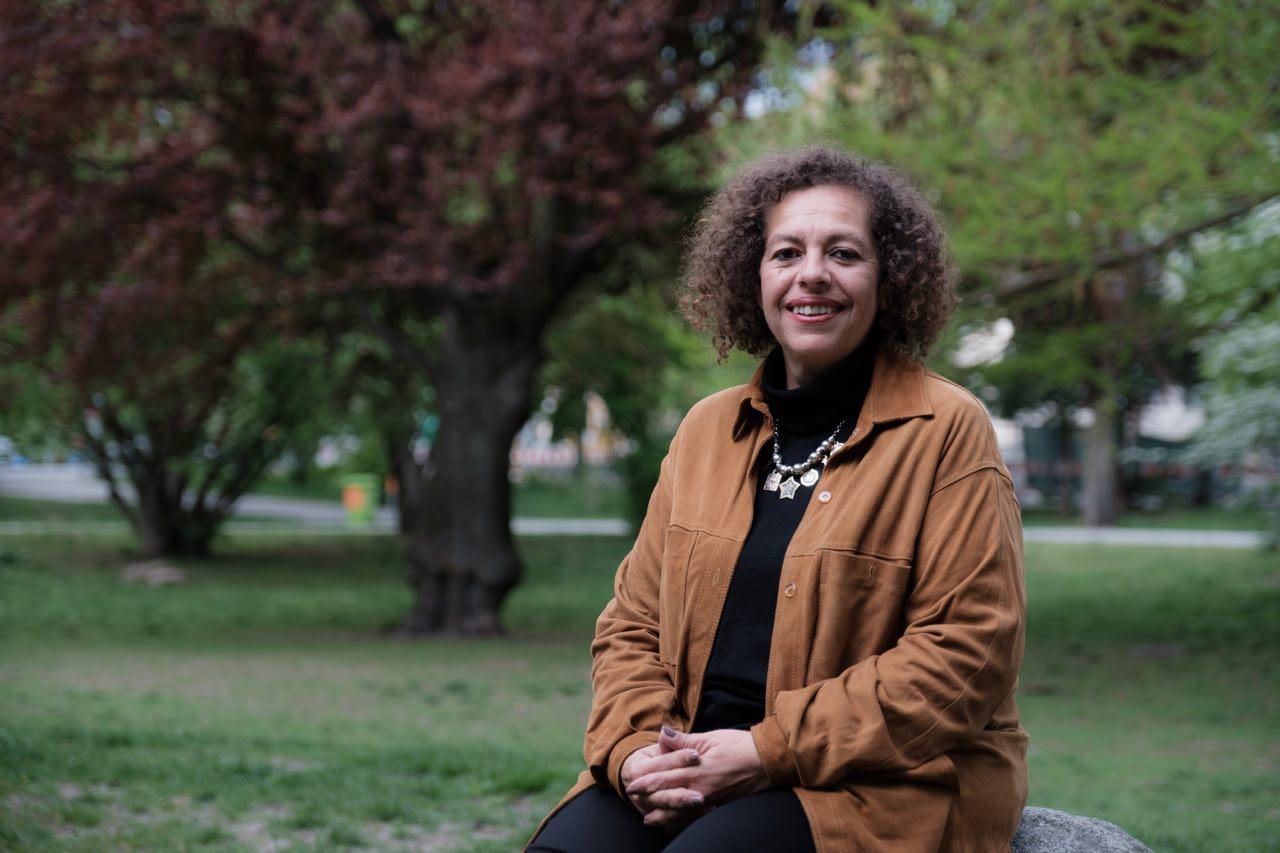 For our third episode, Emeka Okereke is in conversation with Jihan El-Tahri, an Egyptian filmmaker, producer, and visual artist.

Jihan El-Tahri began her career as a foreign correspondent covering Middle East politics for the Financial Times, Washington Post, and US News & World Reports. El-Tahri has since produced and directed several monumental documentaries, including the trilogy Egypt’s Modern Pharaohs (2016); The House of Saud (2004); Cuba, The African Odyssey (2006), and Behind the Rainbow (2008).

In this podcast, she reflects on events and moments that remarkably shaped her and made her the kind of filmmaker and artist she would eventually become. She elaborated on the fundamental elements that drive her political and creative will. If you do not know Jihan El-Tahri, or perhaps only know her through her work, here is a chance to get a sense of the multifaceted layers that are composites of her powerful, fascinating persona.

What do we do with the responsibility that comes with privilege? How do we offer a different narrative? What is the place and importance of archives in the weaving of narratives/histories especially within the process/research of film making and visual arts? How does one stay true to oneself? How does one deal with the stereotypic construct of motherhood where it has to do with being an artist at the same time? These are some of the questions reflected upon.

The conversation comes full circle with a quote  (read out by Jihan) by Olu Oguibe, excerpted from his 2004 essay “Exile And Creative Imagination”.

30:00: Place/importance of oral history. Working as a journalist from the 80s. Covering the Middle East and the Gulf War. Cairo as a hub for vibrant revolutionary Africans in the 80s and 90s. Beginning of her Pan African Consciousness. Moment of disillusionment and disenchantment with journalism. Transitioning to film making.

56:30: Film making, process and working with archives, the art of interviewing and accessing important information from the interviewee. The complexness/predominant narratives of the archive.

95:00: Mentoring and helping young Africans to find their voices. Audience: Who do you make your films for?

110:00: Staying true to oneself. The Africa Burden. CNN’s publication on “Best of African Photography” as an example of a status quo and oppressive system that urgently needs to be countered by alternative narratives. Privilege and abuse of power. Privilege as responsibility and how to use it.

124:00: Create an alternative system that would make the old, oppressive one obsolete.

126:00: Being a mother who is also a professional. Relationship with daughters

*Timestamps are only vague estimates that serve as a rough guideline

2 comments on “EP03: “No thank you – I will live up to the consequences” with Jihan El-Tahri”