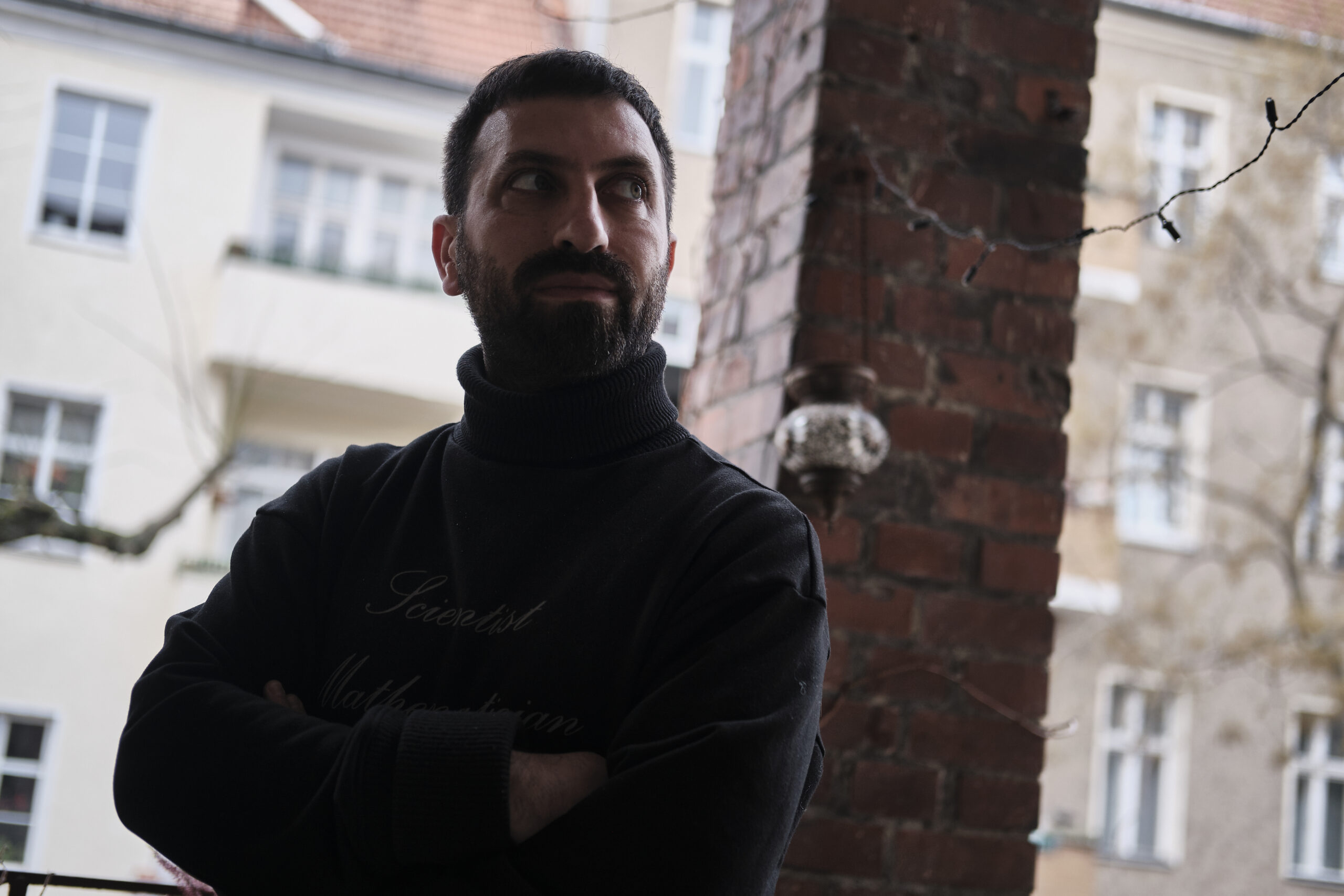 Ahmet Öğüt (b.1981, Diyarbakir, Turkey) is a conceptual artist living and working in Amsterdam, Netherlands. He works with a broad range of media including video, photography, installation, drawing and printed media (Wikipedia)

In the 9th Episode of Nkata: Art & Processes, Emeka Okereke and Öğüt discuss the concepts and thought processes behind his work. Ogut is what one might call a peripatetic artist – an artist whose practise relies on constant displacement from one location to the other.  It also involves an interplay of myriad mediums and materials.

Captured succinctly in the podcast is one of Öğüt’s ethos: artworks have afterlives; as such, they must not be isolated from their destiny. This reference to the animateness of art is further deduced from his belief that between art and life, there are no boundaries.

Although Öğüt had dreamt of becoming a renaissance painter, he ended up as a conceptual artist – a catch-all designation that does more to contain his ever-evolving and metamorphosing process than capture its entire scope. Weighed against his prolific artistic production, it comes as unconventional that he has no studio. His works begin from a concept and make their way across detours of unpredictability, ending up in exchanges and negotiations involving collaborators and host institutions.

You will appreciate his insight and detailed expounding of the importance of negotiation. As if that, in itself, is an act as much as an art. He is an intervener, and he allows himself to entertain the myriad forms and turns which the term “artistic intervention” could take. As such, his work is replete with metaphors, satires, sarcasm and paradoxes, all intersecting as if to suggest crossroads in subversive cartography. Yet, it is not always about objects. On the contrary, Öğüt begins the conversation by underscoring the fact that much of his work is inspired and materialised through encounters and collaborations. It is no wonder that, counted amongst his artistic outcomes, is The Silent University, which he passionately discussed in the podcast.

When asked by Okereke about what informs his displacement and way-of-being in the world, Öğüt responded with a recollection of a saying by an Armenian journalist: “Water always finds its crack”. The podcast conversation takes on the nature of water looking for its cracks as it meanders from Öğüt’s earlier days as an art student in Ankara and Istanbul to Amsterdam and Berlin –  two cities contending for attention whenever he is asked the habitual question: where are you based?

We have provided time stamps should to help the listener navigate various sections of the conversation.

0:00 – First encounter, early beginnings in Turkey and moving to Europe

20:00 – Dialogue and negotiations in the making of art

31:00 – an artist at crossroads, what informs your displacement?

38:00 – processes of collaborations; getting stuck in political situations

51:00 – The Silent University as a platform for immediate acknowledgement

61:00 – James Baldwin in Istanbul, the artist as a witness, institutionalisation of activism in art.

69:00 –Living a post-Covid Berlin, no time for artificial diversity. The confusion we can call diversity.