EP02: “What have you, or what have I paid into that Trust?” with Bonaventure Ndikung 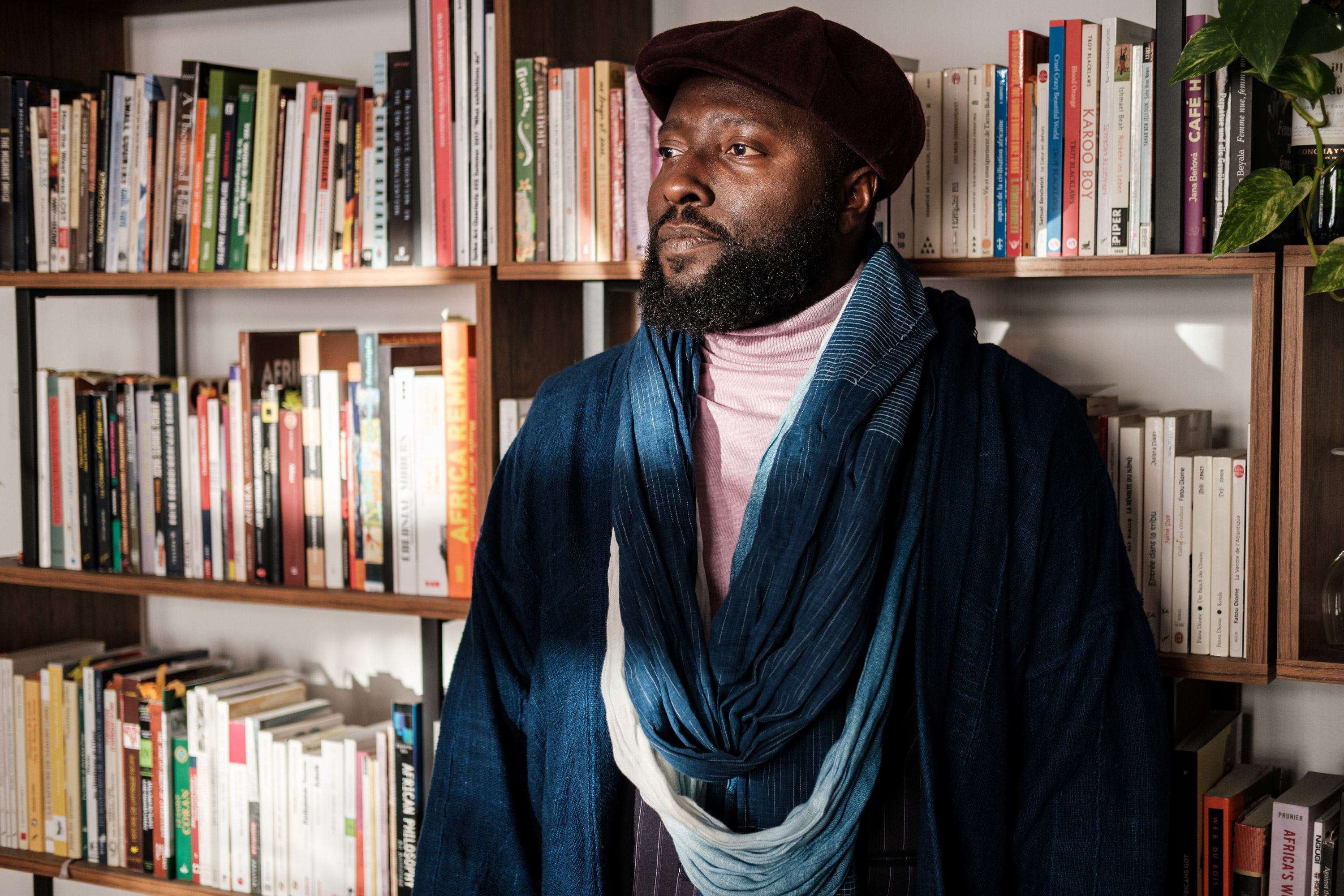 Ndikung (b.1977, Yaoundé) is an independent curator, art critic, author and biotechnologist from Cameroon, who lives and works from out of Berlin. He studied food biotechnology in Berlin, received his doctorate in medical biotechnology and studied biophysics in Montpellier. Ndikung is the artistic director and chief curator of the art space SAVVY Contemporary in Berlin, which he founded in 2009.

In this podcast, he speaks about his early years, touching significantly on the events that underlined his move from Cameroon, and subsequently, his travails of living and being a student in Germany in the early 2000s. He gave a glimpse of who his parents are (with particular emphasis on his mother). He goes on to elaborate on his encounter with art and how this lead to the founding of Savvy Contemporary Berlin — a laboratory of Form–Ideas. He breaks down the fundamental concepts and activities at the core of Savvy as well as how far things have come since it was founded in 2009. Throughout the conversation, he makes a strong case for what art and curating means to him as a ”thinking being” moving through the world.

The podcast is (loosely) divided into two parts: the first was recorded in a train — during a journey from Berlin to Munich (hence the ambience of the recording). The second, building on the Berlin-Munich journey and framed by the untimely passing of two giants of contemporary art/fellow curators — Bisi Silva and Okwui Enwezor, was recorded indoors. This part brings him full circle as he talks about the significance of Silva and Enwezor’s death as ”an incredible recalibration” of what life here on earth means for him.

This podcast is 111 mins long. Below are timestamps, should you want to skip or navigate to parts of it in your own preferred order.

Part 1 (inside the train)

03:00: Bonaventure speaks of the early years. His parents. Moving from Cameroon to Germany. Living and being a student in Germany. Finishing a PhD in biotechnology. Early encounter with art and working his way towards becoming a curator.

32:00: Inspiration behind the founding of Savvy Contemporary Berlin and key people behind its foundation. Savvy after 10 years (2009 – 2019). Some core concepts behind Savvy. Savvy as a proactive/subversive platform. Savvy as a space in Berlin: who is your audience?

67:50: The legacies of Bisi Silva and Okwui Enwezor. The place of their work in the unfolding of history. Their work as paying into a “Trust fund” (for the larger community/society).

84:43: Discussing generational continuity: there are people who do the tilling of the soil, while there are those who plant in them.

101:43: Streams of Consciousness: Being the Artistic Director of the (upcoming) 12th edition of the Bamako Photography Festival.

Expounding on the point of departures of the festival’s main concept/theme.