EP04: “My mother told me: I have dreamt of you in colours” with Otobong Nkanga 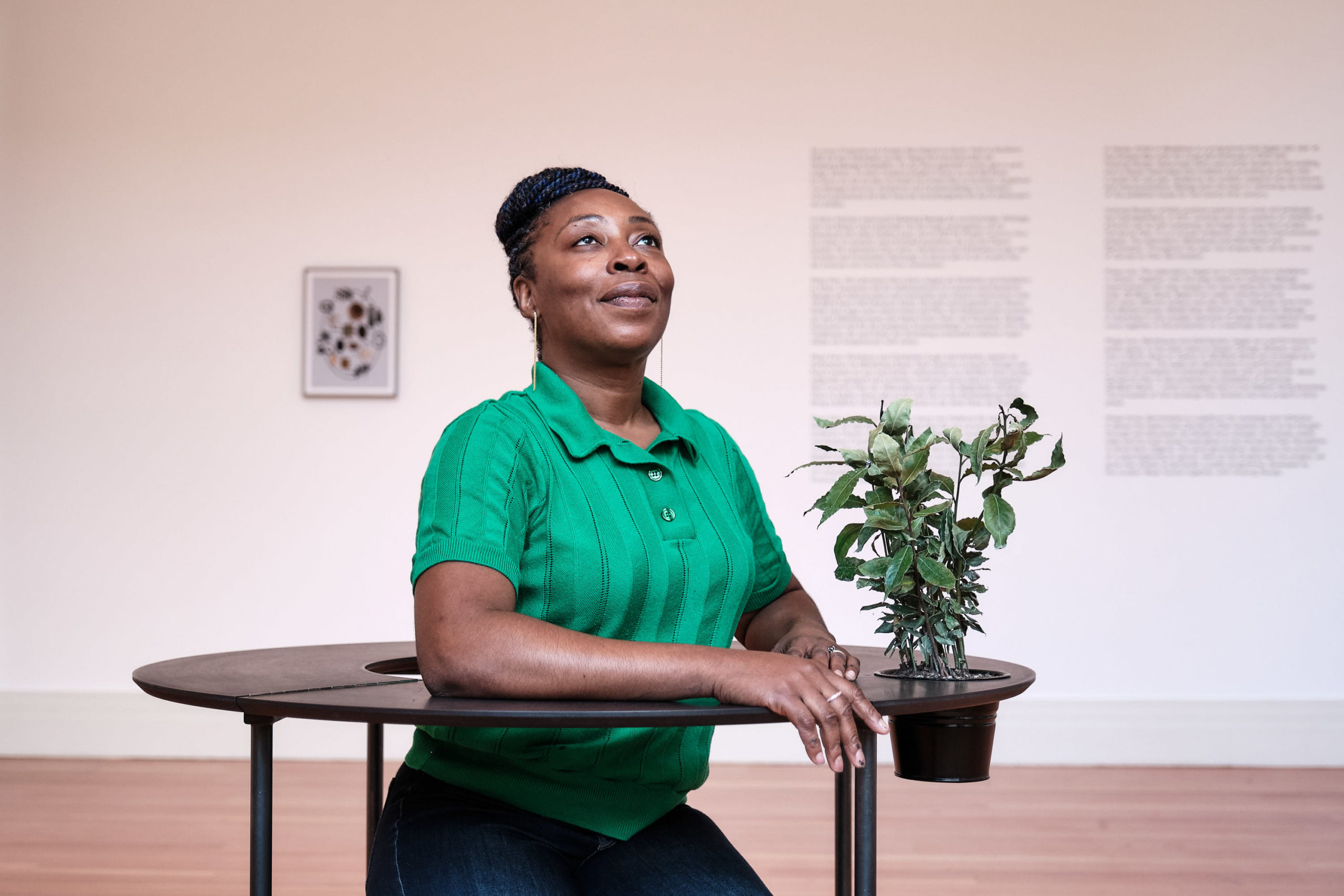 Otobong Nkanga (b. 1974, Kano, Nigeria) is a visual and performance artist whose artistic practice spans almost two decades. She began her studies at the Obafemi Awolowo University, Ile-Ife Nigeria and continued at the National Fine Arts School of Paris. She obtained a Masters degree in performing arts from DasArts, Amsterdam, The Netherlands in 2008. Ever since she has exhibited and published her work in various platforms and institutions numerous to expound here.

Otobong’s drawings, sculptures, photographs and how they become integral to a performative constellation examines the value of natural resources as well as the mechanisms, impulses, gradations of power structures that constitute their flows.

In an interview reproduced in her book, Lustre and Lucre, she summarised some polarising associations explored in her work when she said: “What we are making in one space empties another”. Yet, her work and its myriad contours draw from a deeply personal place. Her poems, for instance, are a tacit testament to this. The various mediums she works with are held together in a manner that could be likened to the circulatory system of a body: there are independently moving parts yet there are joints that allow for malleability, elasticity, stretching and bending; bouncing back to the original form. In her performances and videos, she uses her body as the protagonist. However, according to her, her presence is merely an invisible hand that sets the process in motion. It is yet another instance of the intricate interplay between the visible and invisible in her work.

In her conversation with Emeka Okereke for the 4th episode of NKATA, she begins with a poem – Diaoptasia – Our Future Will Be – that would serve as a running thread for the almost two-hour-long conversation. She talks about resistance, of malleability, beginning from her mother giving birth to her. She reminisced about events and moments that shaped her life during its earlier stages, mainly in Nigeria. Central to this is the role her parents played; more so with the events of their untimely deaths. Her mother, for instance, she would say, liberated her way of thinking at the age of 15 when she told her that “everything is art. It is not for anyone to decide what art is”. Her mother also said to her: “I’ve dreamt of you in colours”.

Towards the end, she brings the conversation around to the notion of visibility and how inherent in that, there ought to be a place for opacity. “[Something] needs to be working, doing something that allows for regeneration, repair… there needs to be a time for fake dormancy”.

There are *timestamps in the podcast to help the listener navigate parts of the conversation. If you enjoyed the conversation, pay it forward by sharing it with those in your network.

* Timestamps are only vague estimates that serve as a rough guideline