EP10: We are trying to remember the future and rewrite the past. Nkata with Qudus Onikeku 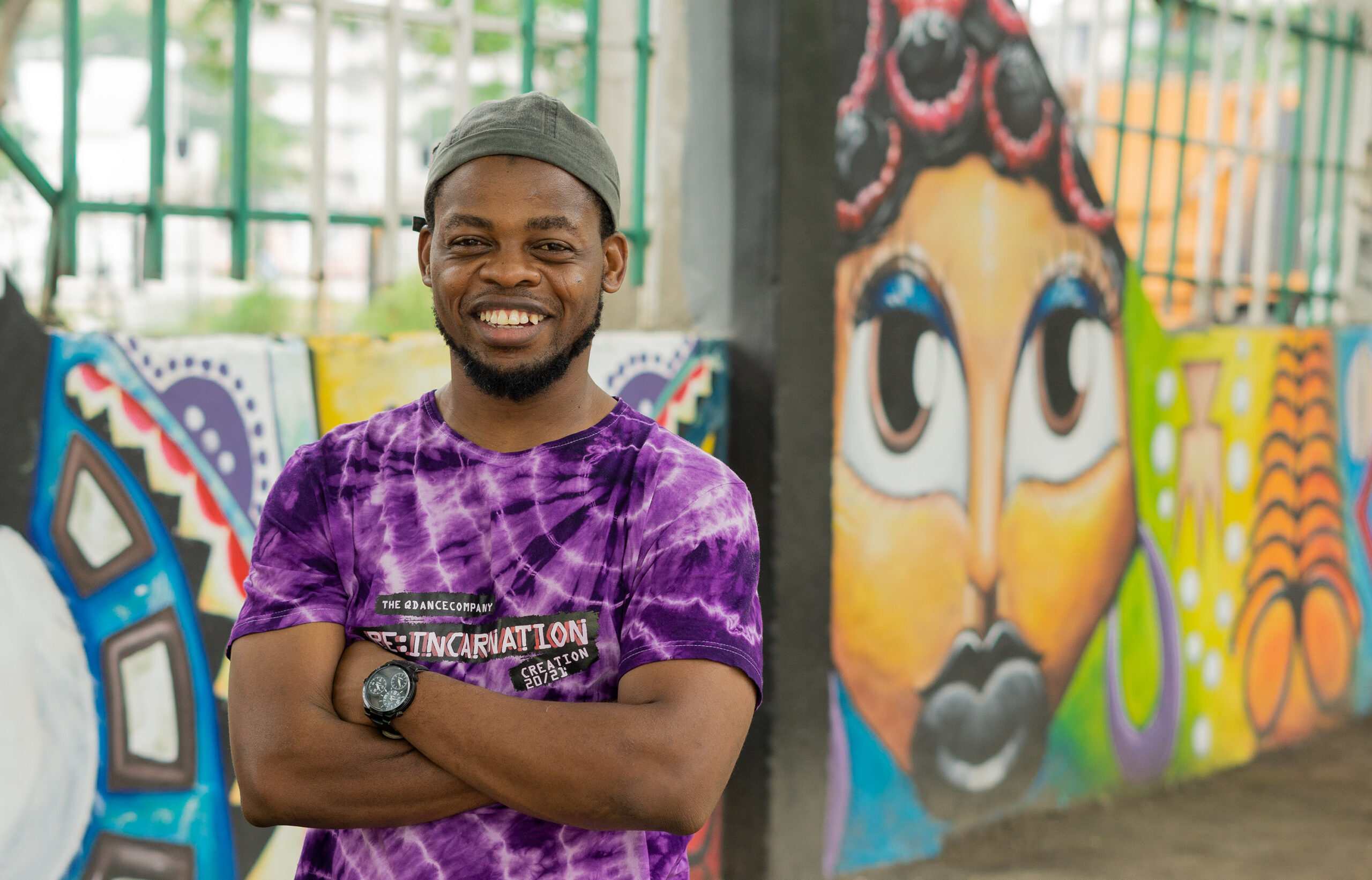 In episode 10 of Nkata: Art & Processes, Emeka Okereke is in Conversation with Qudus Onikeku (b. 1984, Lagos), a Nigerian contemporary dancer, performer and Choreographer. He has been active and consistently prolific since 2004, so much that one cannot knowledgeably talk about the practice and evolution of contemporary dance in the 21st century without stumbling on the name Onikeku. As with many notable artists who came of age at the dawn of the century, he embodies the belief that art is only as important as what one can do and change with art.

This long-form conversation builds on the cordial, professional and collaborative relationship between the two artists dating back to their encounter as art students in Paris in 2004. It is a reminiscence of how much of the longs hours of exchanges on ideas, concepts, urges and dreams have coalesced into tangible forms and methodologies today. In this episode, we get a sense of the fundamental beliefs that, over the years, have stacked up to form an indomitable propellant for this tirelessly itinerant artist.

“It was already by then that I realised that freedom of expression is not free”.

He starts with his childhood days, and how growing up in a polygamous home taught him one of the first lessons that would be crucial for his artistic practice: co-existence. The only way to walk towards a sense of self and freedom is to allow space for others to express their freedom as well.

Much of the conversation dwells extensively on the complexness, language and constitution of the body as with when he says: “There is something divine about dance and this whole conversation about the the body. Our body is the house of everything”.

All through, Onikeku manages to ground his inferences on his knowledge of the Yoruba cosmology. His delineation of the connection between image, performance, remembering and reincarnation in this regard, is one of the most vivid and picturesque illustration of this relationship which is often at the heart of any visual art-making.

The overarching premise could be surmised in this reference made in the course of the conversation:

“Bob Marley said “We have to fulfil the Book”, but now the book has been shattered, thorn into pieces and thrown into different parts of the world. To gather that book together [to articulate, to re-imagine history], you must be attentive. You must be observant, you must see with your inner eyes.”

Here, we return to the dispersal, the truncated cartography, a damaged, disparate and multi-contextual world within which our proactive movement engender its healing and, in turn, the restitution of consciousness.

When Onikeku speaks of the “wholeness of consciousness”, he speaks of a possible culmination of the Fanonian human being – those whose struggles, grit, defiance are transformed into a celebration of the imagination rather than an indictment. In other words, “we are trying to remember the future and rewrite the past.

Join our community of Patrons: nkapodcast.com/patreon

29:48 — Dance was my first expression of Defiance.

37:55 — At crossroads: we are trying to remember the future and to rewrite the past

73:21 — How do you deal with the weight of emotions while working with body?